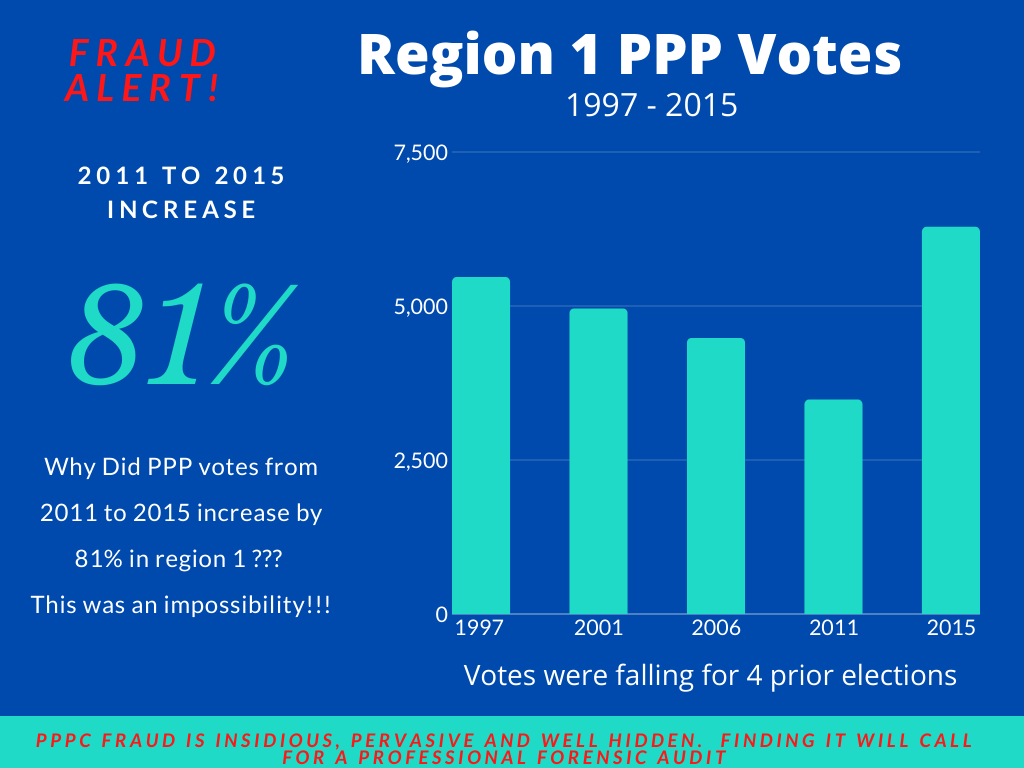 A total of forty-five (45) ballot boxes out of eighty-nine (89) ballot boxes are identified and linked to serious irregularities leading to an emerging pattern of electoral fraud on the part of the PPP and a lack of credibility of the electoral process. This represents 50% of the ballot boxes for Region 1.

Eighty-nine (89) ballot boxes were examined and twenty-six (26) Polling Books were found missing. The total valid votes cast in these 26 boxes amount to 2,553 out of a total of 4,299. That means 59% the votes had no Poll Book to authenticate those results.

See below table that reflects the end result of PPP bloated list election fraud. Essentially, they were able to increase their 2015 votes by 81% from 2011 to 2015, a statistical impossibility. It will take a forensic audit to identify the full scope of all of the fraud just in region 1 alone.