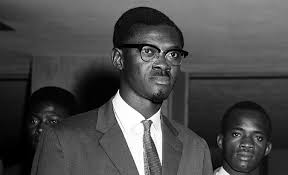 I have been looking on with interest at the PPP and their alignment with Foreign governments (United States, Canada, Britain and the Organization of American states) seeking to have Guyanese agree with a position  that we must put aside our Supreme Law and go with their own agendas. Our Constitution has worked very well for us in the past at resolving electoral issues, and suddenly it is not good enough. Not only can we not tell those countries to bypass their Supreme law, but it brings to mind the highly contentious 2000 United States election between George W. Bush and Al Gore. There was the issue of “hanging chads” in the crucial state of Florida, and the American people allowed the US Supreme Court to find a solution as to who won the election.  George W. Bush was declared the winner. But the PPP and the West are of the view that our Supreme Court must not participate in solving the problem.

It reminds me of the death of Patrice Lumumba – the first Prime Minister of the Independent Democratic Republic of the Congo from June to September 1960. He resisted Belgian colonialism and white corporate interests -(due to the vast natural resources of the Congo)- and was imprisoned and tortured. He was murdered in a coup supported by the Belgians, the United States and the United Nations. His death left upheaval in the Congo and by the time it ended in 2003 – and it is still in upheaval – about 51/2 million people had died. But what is interesting from our perspective is that John F. Kennedy had promised Eleanor Roosevelt that he planned to use his powers to have Lumumba released from jail and let the Congolese Parliament decide whether or not he would remain Prime Minister. But three days before his inauguration, the conspirators moved with extraordinary haste to preempt Kennedy’s alleged intention.

The attitude of the Western powers reminds me of the Peloponnesian War when the Greeks told the Melians: “The strong do what they can, and the weak suffer what they must.”

2 thoughts on “Guyana Elections and the Constitution – Professor Kean Gibson”