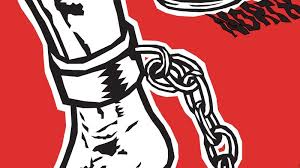 I love my country but I hate the stupidity, the intellectual laziness and obsequious coonering that displaces the voices of courage, the voices that reflect retention of manhood biological attributes. These misleaders, these genuflecting and wicked opinion shapers who have held the hopes and aspirations of the African Child in Captivity not only in Guyana but around the world, have done more to retard our progress than the forces that come at us with racial antipathy. Because the damage they do is from within, the rot is more severe, the destruction and dismembering more vicious.

The thinking of Guyanese in general and African Guyanese in particular have suffered under the control of those who demand that we “cut backdoors for ourselves”. What makes this even more sordid, odious, culturally unsanitary, is that some of those whose entire existence in the politics of Guyana is seemingly dedicated to producing that outcome, and who ostensibly are belong to the African Guyanese Community, excoriate black leadership for lacking the courage to speak up on behalf of their constituents, while at the same excoriating them when they do. They seem to spend waking hours at nights worrying over what people who have no use for their black brothers and sisters think about them. Would that they dedicated some of those hours pondering what their brothers and sisters in the “hood’, those whose views are not important to them, think about them.

I embrace the position of Malcolm X that we should be willing and ready to enter into brotherhood and sisterhood with anyone, but we should not waste our time in pursuit of this when their is no reciprocal effort from the other side. There is no more miserable mindset and personality than one which spends an eternity in the elusive pursuit of unrequited love and affection. No not me. Go thy way, go thy way, there are more weighty things in this world that require my undivided attention.