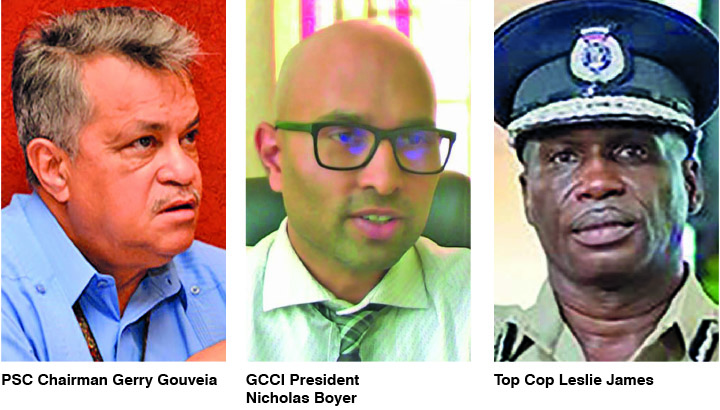 At a moment’s notice, Guyana can erupt into a nightmare of ethnic violence, driven by political divisions and several group’s strong beliefs in this crass notion of African inferiority. This conflict, which seems to have also engulfed private sector leaders, will undoubtedly spill over into the world of foreign investors and speculators.

While a tiny country with vast oil reserves and other natural resources, a relatively inexperienced government and an aggressive, greedy, racist opposition group, seemed an easy and familiar bet for many foreign investors, many miscalculated how Guyana’s small size, racial polarisation, rife poverty and pervasive access to social media by all sides, will continue to ratchet up the racial animus and make Guyana a place unsafe for even the more risk-embracing investors.

Foreign investors are already cutting their losses. The idea of local content relentlessly pushed by Nicolas Boyer, President of GCCI and Gerry Gouveia, President of PSC, has already become moot. No foreign investor will agree to give up ownership to greedy, inexperienced local business people who publicly and naively drape themselves in politics; the rewards are just not worth the risk to foreign investors.

Today, the decision to cut losses is an easy one for investors;
1) The COVID-19 virus is wreaking havoc around the world and has disrupted economic activities in many of their home countries and will soon hit Guyana hard.

2)The precipitous drop in oil prices has made many production operations simply not feasible. Exxon has publicly announced their break-even cost at $34 per barrel but even as oil prices have fallen to $20 per barrel, Exxon continues to produce. Why? How? Has Exxon inflated the costs of production in Guyana? It clearly looks that way.

3) Foreign investors will have to determine whether it makes sense to do business in a country that embraces an ethnic power struggle every 5 years. A struggle which has become more nasty and dangerously divisive because oil resources are now in the equation. For some investors, the risk will not be worth the reward.

4) AfroGuyanese will NEVER accept being led by the racist PPPC cabal which has already demonstrated a willingness to ethnically cleanse the country of African males through a pogrom of extrajudicial killings. This fact is summarily dismissed by other ethnic groups in Guyana who are just not reading the ‘tea leaves’ correctly and who have manifestly under-estimated the resolve of AfroGuyanese.

5) Guyana is unsafe for both locals and foreigners. The police force continues to struggle to get crime under control but as the economy shrinks, crime is expected to rise. Neither locals nor foreign investors will be able to insulate themselves. Rather than work with police, the business community continues to use their wealth and power to compromise the entire judicial system. Foreign companies have no strong judicial infrastructure upon which to depend in the event of a conflict with the local business community.

It is clear that the issues identified above are of our own making. Our business and political leaders are just too greedy or too stupid to fully comprehend the magnitude of the mess they are creating with their out of control lust for power. Local business leaders must decide if they are business leaders or politicians. They can’t be both. Guyanese citizens will pay an awful price for the greed and stupidity of those we follow like sheep.