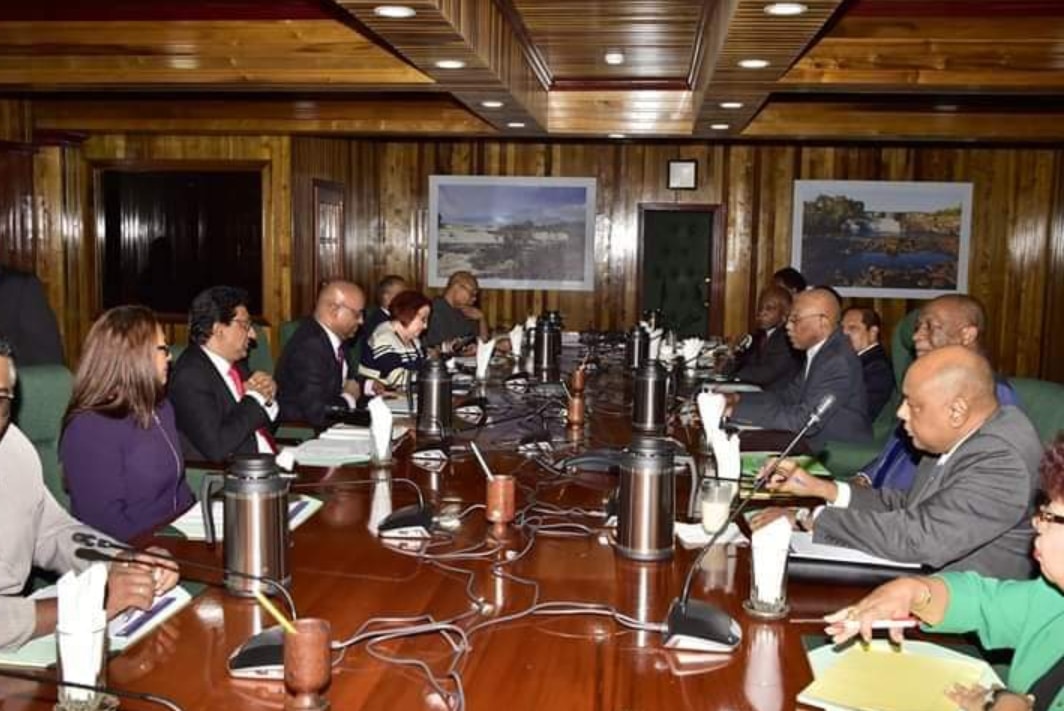 The No Confidence Motion tabled in the National Assembly by the PPP is a component of a sophisticated social coup d’état unfolding before our eyes.
We are accustomed to coups that are violent and executed through the barrel of a gun. Normally it is the military, but armed groups have also carried out successful coups. In 1980, Desi Bouterse and the army conducted a military coup in Suriname. In 1979, Maurice Bishop and the New JEWEL Movement deposed the government of Grenada through a coup. In 1990 in Trinidad and Tobago, the Jamaat al Muslimeen attempted a coup by storming the parliament and holding the prime minister and members of his government hostage. These were all efforts, two successful and one unsuccessful, to overturn the will of the people through illegal acts.

Where is the similarity between these events and what’s happening in Guyana? First we have to understand the coup commences with an illegal act and then the perpetuators use means at their disposal to gain legitimacy and acceptance. For instance, in a military coup the perpetuators seize control of a nerve center in the state and if possible hold members of the Government hostage. First step towards legitimacy is to get the government to resign. Generally this is achieved by forcing the leaders to resign with a gun to their heads. The perpetuators then use their access and control of radio, and television stations to convince the population to accept them as the legitimate government. Those who refuse to comply are threatened or sometimes killed.

In Guyana there are no guns, but surely there was an illegal act. In this case, the unprincipled, immoral, and illegal procurement of Charandass Persaud’s vote. The next step is to use the “barrel” of public pressure to force the government to resign. To achieve this the perpetuators have to change public perceptions of what’s right and what’s wrong.
They have to convince the public that’s it is not the people’s vote that’s scared but rather the aberrational vote by Charandass. They have to convince the public that while bribery and corruption is wrong, this particular act is ok, since it is the act that overturn the will of the people. They will try to convince us that, notwithstanding the Constitution, the government must resign immediately. They want to persuade us that the courts, an integral part of the democratic process, is of no value in resolving the issue. In essence, they want to gaslight us. This means they want us to adjust our perceptions to suit their narrative and if we can’t then we must question our very sanity and our moral integrity. If you cannot believe what they are saying then something is wrong with you.

The effort of gaslighting the nation seems to be a sophisticated and well oiled operation involving the PPP, Stabroek News, several members of civil society, founders of new political parties, and some foreign actors.
Immediately after the vote, Opposition Leader, Bharrat Jagdeo called on the government to resign forthwith, and has been keeping up that mantra since. This was just the first salvo.

In the interregnum between the vote on the NCM and the next sitting of Parliament, there was a concerted effort to convince us that this is a done deal. The Private Sector Commission hailed the triumph of democracy. The GTUC urged Guyanese to prepare for early elections. The Stabroek News declared that even if the Government prevails in court it would still show “ … a lack of commitment to democratic norms and a preparedness to hold on to power at all cost.”

The combined message was, “thou shall not question the NCM, it is valid. And even if it is not valid it still must not be questioned.” Some people were falling victim to this message. A friend, who is a fervent supporter of the government, called saying, “it looking bad, why don’t we go to elections, and get a bigger majority.” My friend was gaslighted.
Even as details of the conspiracy emerged and questions surfaced, the proponents of the NCM stood firm. Even if Charandass was bribed it was not a crime. Even if he is not properly seated in Parliament it’s ok. The only thing that matters is that 33 voted for and 32 against.

The possibility that foreign actors were involved in the conspiracy is of no consequence. Their motives are not relevant. The only thing that is important is elections in 90 days. This is gaslighting.
After the speaker declined to pronounce definitively, they upped the ante. Resign! Resign! Resign! Chris Ram, Ralph Ramkarran, Stabroek News; leading the charge. Even the GTUC, whose General Secretary claimed that they called for article 106(7) to be respected, was strangely quiet. Was the GTUC gaslighted or are they counted among the “gaslighters.”
Then the Russians came. Multiple unsolicited phone calls to people in Guyana. This is a phishing exercise to access social media data so as to micro target Guyanese in our to change their perceptions. Part is the gaslighting exercise.

The attempted gaslighting of the nation is to create conditions conducive for the success of the unfolding social coup d’état. Having procured the illegal vote by Charandass, they want societal acceptance and the government’s acquiescence. The Opposition Leader, Bharrat Jagdeo, is hoping to walk into his meeting with President Granger this morning with a proverbial gun in hand – a gaslighted society.
He will demand resignation or inclusive governance. The former must be rejected because it will leave the government with no remedy when it wins in court. The protagonists of the NCM will then say, “but you already resigned. The only way for a government to be formed is via elections.” The latter should only be considered if it is for a medium to long term arrangement. Any stop gap arrangement to be put in place until elections should be rejected.

“Long ago they have synthesized a reasoning that allows them to redefine racist as people whose views they do not like, whose views exposes target the Achilles heel of their psychology and psyche, whose actions are designed to free the minds they spent 23 years enslaving.”

1 thought on “Social Coup D’état and the Attempted Gaslighting of a Nation.”