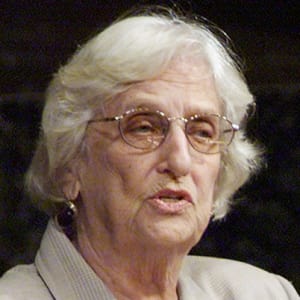 Georgetown, Guyana – History is often instructive if we just bother to review and analyze her stories. Every action PPPC surrogates and her former cronies (like Ramkarran) take today should be reviewed in context of their historical demand for power and impatience with the notion that any group other than theirs deserve to lead Guyana.

It was in the year 1997 that Mrs. Janet Jagan created public consternation when she threw a Court Order over her shoulder at a ceremonial event at State House after the 1997 elections. In a move to undermine the judiciary of Guyana, the actual swearing-in had already been secretly completed and the ceremony was merely perfunctory.

While the ceremony was in progress, a Court Order was obtained preventing the swearing-in of Mrs. Jagan. When the Order was served, Mrs. Jagan in a fit of rage threw the Order over her shoulder in contempt for the laws of Guyana. The PPPC used trickery and deceit to fool Guyanese by having a secret swearing-in so as to thwart any potential legal challenge. This is the same PPPC that today, urges the coalition to follow all rules of political engagement.

Citizens of Guyana never allowed her to forget that act of throwing the Court Order over her shoulder. For them, the throwing of the Court Order over the shoulder became a lightning rod with which to accuse her of not being prepared to accept a ruling of the court. The PPPC has never been above using deceit and trickery to consolidate power.

We must remind ourselves that then Speaker of the National Assembly Ralph Ramkarran, disallowed a motion enabling the body to investigate the link between Ramsammy and Khan and the extrajudicial killings of 400 Guyanese citizens. Once again, the PPPC abused their political power to deny justice to hundreds of Guyanese families. Be reminded that PPPC has never been above using deceit and trickery to consolidate power.

Since 2015, Anil Nandlall has abused the justice system with more than 5 court actions, in attempts to undermine the democratically elected coalition government and cripple the coalition’s ability to lead. Note that we haven’t even included their history of drug-trafficking, extrajudicial killings and money laundering. Here again, they showed contempt and disregard for the will of the Guyanese people. The PPPC feel entitled to lead Guyana.

Just recently the PPPC conspired with one of more members of the AFC to undermine the democratically elected government of Guyana. This conspiracy, brokered by a foreign Trinidadian agent who processed the exchange of more than $1.5Million USD, when proven, will amount to treason. Again, the PPPC has never been above using deceit and trickery to consolidate power.

Today the PPPC and her supporters are crying foul as the coalition takes steps to clarify whether the no confidence motion process followed the constitution of Guyana. The coalition offers no contempt, no deceit, no disregard of Guyana’s laws, they simply aim to seek clarification of the decision, to the consternation of Jagdeo and his bellowing minions.