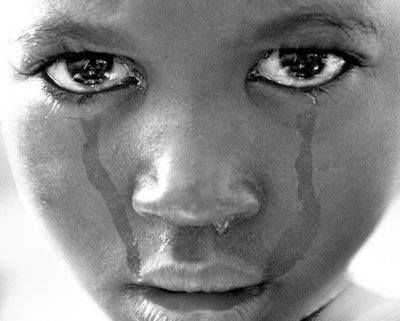 I wrote this piece yesterday I believe in response to a couple raping a 1 year old. There is nothing that is disconnected in Guyana. Everything is interconnected, and can be linked to the initial deviation from the norm that began in 1992. This is not even arguable.

“….Guyana has descended into the kind of evil that will not be abated until those who are responsible are brought before justice for the crimes they have committed. Life in Guyana will continue to be one where the unspeakable and unexplainable is the norm. Where there are manifestations of the kind of evil our nation has never witnessed or experience, until the devil became disgusted and repulsed by the behaviors of some of his guests, and vomited them out upon us in the form of a Political Government in 1992.

Think about it. Did you ever see or hear of these kinds of horrors before 1992. Look at the despicable events, products of bizarre and caricatured human behaviors and attitudes, that has inundated Guyana over the past two decades. Hundreds of citizens being kidnapped, tortured and murdered while a Government and Law Enforcement stand still. Domestic violence, and abuse of women and children to a degree never before experienced in Guyana. Horrible and barbarous torture of people. Cops ramming sodomizing suspects with batons and putting pistols in their mouths and pulling the trigger.

Look at who was considered qualified to be President of Guyana. A pervert who married a woman in a show ceremony, did not go through with the legal process to validate the union, never consummated the marriage, but kicked his bride out of the matrimonial boudoir on their honeymoon night. A man who salivated while murders were ravaging the land, and when questioned about his actions retorting that he was not concerned when criminals kill criminals. A man whose lips during every election campaign dripped viciously with racist interpositions and nullifications. A man who presided over the kind of environmental terrorism against a capital city because its majority constituents did not belong to his racial or ethnic grouping.

And look at who he arranged to succeed him. An idiot, a bumbling political misbegotten who one foreign former associate described as a man who ordered throats cut. A man so devoid of even the most basic sense of decorum that he engaged in some of the most lascivious and immodest antics at public events. A man who threatened constituents that his mentor would slap them, and had his body guards assault them.