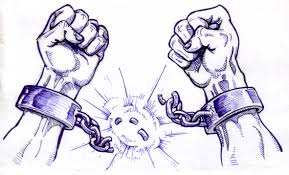 by Keith Williams
I am struggling to understand how after seeing the ethnic convergence of media, business, civil society members, religious representatives, the sons and daughters of the formerly enslaved in Guyana can ever feel comfortable again. How can you feel comfortable for the future of your kids and grand kids when the same political leadership that supervised the lynching of hundreds of black males in Guyana is being illegally pushed into power? How can you not grasp that your lives swill mean shit if this sinister plan materializes?

Bharat Jagdeo was President of Guyana when hundreds of black men were lynched. Those Lynchings were no different in terms of racist venality and visceral racial antipathy than the lynching of Ahmaud Arbery that is peeling our hearts today. The fact that the perpetrators were white does not make it worse than what was occurring in Guyana under the PPP and Bharat Jagdeo. Are we so damn vacuous that evil has to physically bitch slap us before we become woke.

I am saying this, and I will defend my reason for saying this at any forum, before any agency legal or otherwise. I am contending that when we see the lengths the PPP is going to to get power over us. the public threats of vengeance and reprisals from its leaders, the cultural argument that Guyana is “Indian Country”, it would be naive, nay criminal not to expect the worse. The Governments of Iraq, Syria, Iran and many others are sanctioned, the leaders defined as international criminals, some over thrown for human rights abuses that are no worse than those engaged in by the PPP. The only reason that the PPP gets an international pass is because BLACK LIVES DO NOT MATTER to the folks who scream loudly at those other nations. That black lives do not matter to black people who believe that simple posting a comment in social network is sufficient to deter the coming assault on their kin folk in Guyana.