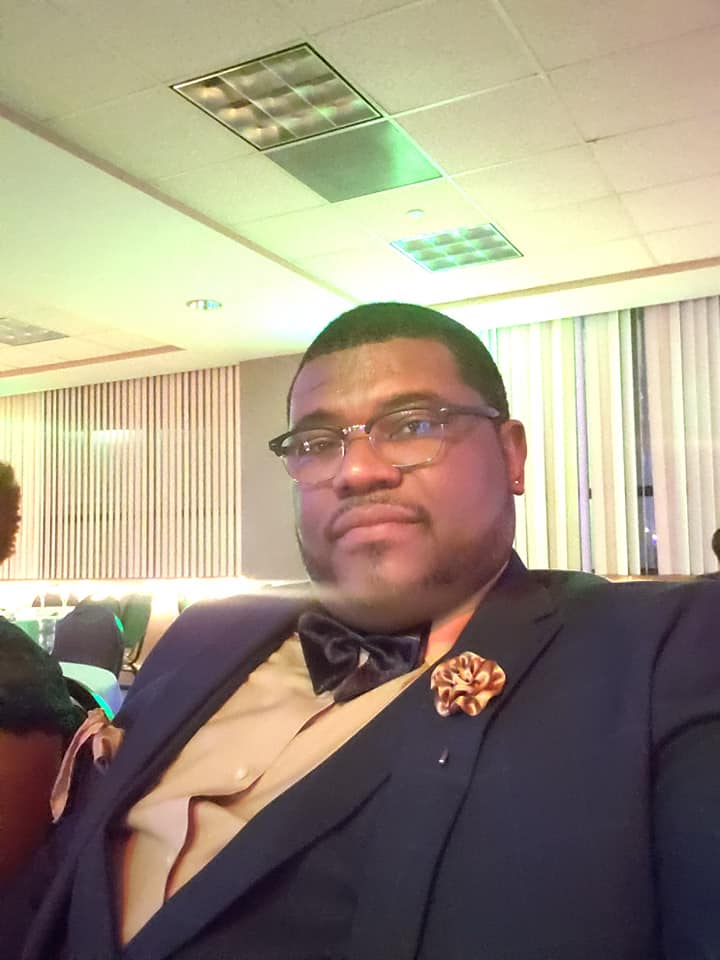 In my many years of active politics in Guyana I have met quite a few people, I’ve interacted with many and I’ve shared ideas and thoughts with most. Over the course of my political involvement, I’ve celebrated the achievements of many and I’ve mourned the loss of quite a few good souls. Mourning the loss of a comrade is never easy for me, and today the loss of yet another friend and comrade has dug a dagger in me.

Today, I mourn the passing of my friend and dear comrade Marvin Pearce. I’ve known Marvin for more than two decades. Our relationship goes back to my early days in the PNCR youth arm. Marvin and I belonged to different groups but he often visited my group and regularly hung out with group members. When I became National Secretary of the Guyana Youth and Student Movement, Marvin was one of the first people to pledge his support for me and he made good on that pledge. He was one of the organisation’s regular donors who contributed to our many youth-leadership camps or fund raisers. Though he did not participate in many of those camping activities, due to his work schedule, he was sure to make his contribution towards the event.

Marvin was a smart, dedicated, passionate and hard-working party comrade who would go the extra mile for his party, the PNCR. He was a jovial soul and had an opinion on almost every subject. He loved to have good conversations and debated any issue. He argued his point regardless of whether his position was a minority one; he just had to ensure that his views were also heard. At the end of a healthy and contentious political debate, he would bring the curtain down with a highly sarcastic joke. Marvin Pearce had a contagious personality. You would spend five minutes with him and it appeared as though you’ve known him your entire life. He was a loving, compassionate person who was quick to help. He was the first one to help comrades in need, and he made no announcement of his efforts. He was a doer, and an active and fearless political activist.

Marvin’s political activism was not limited to the meeting halls: he was a relentless advocate and defender against political abuse, even in the streets. I recall our many days in the protest line, from the large-scale protest to the mini-picketing exercises, he was there. During those days, Marvin worked for a private entity (GTT) but yet, found himself in the protest line during the Public Service 57- day strike. He used his lunch break to protest and after he had completed his work day, he would call to ask me what was the location of the protest. For some reason he assumed I am always in the line, so he would call for regular updates on what was happening in the streets. Once I let him know of the location of the protest, he would get there via the fastest possible route.

He was an expert at dodging tear-gas missiles and shielding from the smoke with wet rags. In fact, one day he took my rag and wet it and told me to practise as I watched him forcing the rag in his face. His words were, “teacher girls ain’t know how to rug it you gone inhale all dem smoke and choke.” Oh those were some days! Marvin’s activism and commitment to the PNCR did not end when he migrated to the USA. In fact, he continued to be closely connected to the party through its groups in the diaspora. Marvin joined the Central New Jersey PNCR group where he served as an executive member and public relations director. He played a central role in the organsation and was integrally involved in the planning of many of the coalition’s elections fund- raising events in the state of New Jersey.

When Marvin called to let me know he had plans to travel to Guyana I was not surprised, he insisted that he must “cast his vote for David.” However, Marvin not only travelled to Guyana to cast his vote for David Granger and the coalition, he also worked tirelessly on elections day. On elections day he was assigned to work at one of the campaign offices but after completing a half day stint at that office, he called me and stated that he needed to be with me for the rest of the day. I gave him my location and he met me in South Georgetown, where he immediately took a leadership role in the exercise on the ground. As we walked through one community after another people shouted out his name, and were glad to see him.

He shared many hugs and kisses; he was known by many and this helped our activity. Marvin was a man on the ground, even though he resided thousands of miles apart. It was like back in the days on the campaign trail. I watched as Marvin took control of things. He was relentless in the mission to get every voter out to the polls. He used his own resources to ensure that people who needed transportation were bused to their polling places. He did not hesitate or think about the cost, he just knew it had to be done. We worked until the polls were closed, and only then he took time to eat. He never complained of being tired, but that is the Marvin Pearce I Knew. He was a relentless party worker. I was glad I was able to thank him profoundly for his efforts, as I always believe in expressing gratitude promptly.

Monday, when my sister called and informed me of Marvin’s passing, I was devastated! I could not imagine him being still or non-opinionated. I could not imagine me not having him to share political conversations with. I could not imagine not seeing this bright light shine, even through our telephone conversations. Marvin Pearce was a bright light. He was one of the bright lights of the PNCR, in season or out of season. One of the hardest things I have done since his passing was to call his mom. From our many conversations, I knew that he was extremely close to his mother, so I just didn’t know what to say to her. I was mad at COVID-19 for taking my friend, I can talk to others and myself about how this virus has been affecting so many families, even my own, but I wasn’t sure how to talk to a grieving mom who just lost a loving son to this deadly virus. However, I knew I had to reach out! I had to muster my courage and pulled myself together, so I called and we talked for a while. When the call ended, I can still hear her say, in her fragile voice, that she was thankful for Marvin and that he gave her no trouble, she lamented that he left her nothing to stress about.

Marvin was the kind of person who took care of business and had no enemy. She told me that as she watched him being rolled away into the hospital room, he told her to be strong, but she did not know it was the last time she would ever see him alive. I pray that God strengthens her and his entire family to deal with this tragic loss. This is a hurt I cannot imagine. Marvin loved his family and he spoke highly of his sibling. On elections day he proudly pointed out his older brother to me while we were passing through Laing Avenue. I pray that God strengthen everyone during this time.

Marvin Pearce represented the best of us, he was caring, kind and humane. He reflects the truly hard-working members and supporters of the PNCR. These are party loyalists who make the sacrifice year in year out to promote the mission of the party and advance the interest of the organisation. I make it my duty to write of the contributions of these comrades, who are the true foundation of the PNCR. They lend their shoulders so that others may stand on, they sacrifice in order to advance the interest of all. Today, I grieve the loss of a true comrade, a stalwart, a dedicated and true warrior for the people.

Marvin was a fearless comrade. I salute you my friend! You have left a void in the hearts of all of us who came to know you. I did not know that my last day of seeing you in person was going to be March 4th, 2020. I did not see this coming. I enjoyed the time we spent together campaigning and I have those memories to cherish. Sleep on my friend, sleep on! You have certainly left us too soon, but God will receive you with open arms. You’ve done your work on earth; as your mom said, you lived your life to the fullest. I often marvelled at how well dressed you used to be, even in the protest line. You were true to you and I loved you for being you. I will miss you my friend. I only have fond memories of you Marvin, those memories I will cherish.

My sincere condolences go out to the Central New Jersey Group for losing two of their members in the same week to COVID-19. To the relatives of Marvin Pearce and Ivor Fraser (another executive member) I extend my sncere condolences. I pray that the grace of God comforts you in this time of unthinkable loss. You have both made your contributions to a party and a country you loved. Sleep on beloved, sleep on!