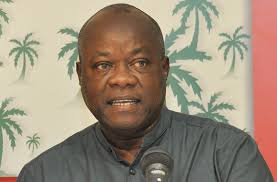 The length of time that it will take to recount the ballots in the 2020 General and Regional Elections is as a direct result of the PPP’s proposal to have two Commissioners (one APNUAFC and one PPPC) at every counting station. This proposal which the PPPC made and then suddenly gets amnesia is the source of the problem.

I appeal to all Guyanese and request of them that they base their deductions and conclusions on facts and not propaganda shared by dishonest politicians and political cronies; who are using distorted information to brainwash you to believe that they have your interest and the country’s interest at heart, don’t be fooled, let’s examine the facts!

The latter begs the question; how did they take less than 1 month to count initially all districts but now need approximately 5 months to recount? The answer is very simple; the circumstances have changed. They cannot simply do a 1,2,3…recount, they have to do a complete audited recount, which means; they will now have to validate the number of electors on the list, the number of electors who voted, check and agree among themselves whether spoilt or rejected ballots are indeed so. They also have to produce new tally sheets and SOPs.  Additionally, unlike the initial count that was decentralised (undertaken in each district), this recount will be centralised (undertaken in District 4).

Further, if the following two variables were not in the picture: (1) the request for 1 APNU+AFC and 1 PPP/C commissioner to be present at each workstation during the recount process, and (2) utilising the required precautionary measures to protect those involved in the recount from contracting the Coronavirus (COVID-19), then GECOM might have been able to utilise more physical and human resources to get the job done in a shorter space of time. Taking the aforementioned facts into consideration, tell me how can GECOM realistically meet the aforementioned conditions within a 1-month period or 1 night as stated by Commissioner Sase Gunraj. Clearly Mr. Gunraj is a hypocrite who makes the suggestion and then subsequently falsely suggest that GECOM wants to delay the process. Be honest Mr. Gunraj, it is your party’s proposal that is the source of the problem.

If there is to be further scrutiny of the proposed 156 days, it would be easily recognised that the duration of time allocated will be insufficient given we are not living in an ideal world where everything goes as planned.  We are all cognisant that human beings are susceptible to being tired and ill (thus not all commissioners will be able to work a full 10 hours per day for each day for 156 days). In addition, there is the high probability that they may not agree instantaneously on whether a ballot/s is spoilt or rejected or properly cast.  Taken all of this into consideration, it seems that the 156 proposed days is very ambitious, and if it is pulled off successfully, GECOM will definitely need praises.

My fellow Guyanese, if all of GECOM’s Commissioners were part of the April 8th meeting where the Chief Elections Officer (CEO) Mr. Keith Lowenfield presented and discussed the DRAFT plan and they knew what were considered to arrive at the proposed 156 days; then why would the PPP/C commissioners (Sase Gunraj and Robeson Benn) run to the media operatives to share distorted and incomplete information (as they often do) in such a manner that would convince their supporters that there is a conspiracy between GECOM and the APNU+AFC?  There is no such conspiracy. Also, why would they request the adjournment to “rework the document” and know that the content of the Proposal is still to be finalised but yet, shared it in a manner that can lead to further tension and hostility in Guyana? The answer is simple, they lack integrity, decency, respect, and the fact that they do not want peace and unity in Guyana, and are afraid of a total recount. They know a recount will give the APNUAFC victory by a wider margin. As old people say: stew in yah own fat.

They know a forensic audit will reveal the illegal things they did in every election since 1997.   Note as well, they know what they did while they controlled GECOM and the then Chief Elections Officer, Gocool Boodhoo. Times have changed. the Elections Commission is an independent body. Or is it a case of do sah nah like sah? Do not worry, yah do sah but we nah like dah.

I implore all Guyanese to not allow these deceitful, disrespectful, self-seeking hypocrites to insult your intelligence, forget about party politics and race and assess the facts!