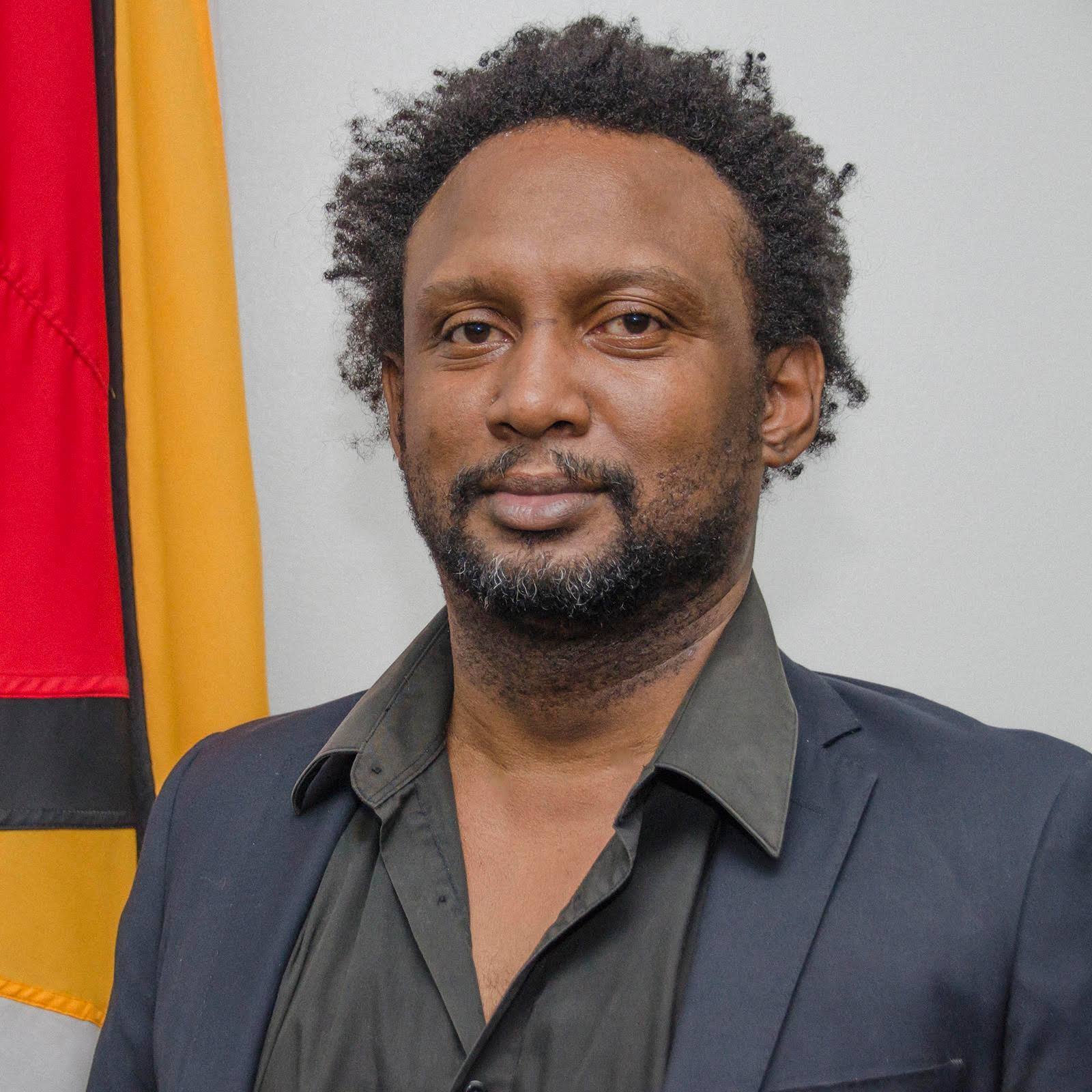 “What you have in Guyana, is the Ruel Johnsons who in a Trump like fashion adhere to a standard that there are alternative facts. So while he spends his time in this social network hysterically attacking the reputation of a decent man like David Granger, he labels recounting of Bharat Jagdeo’s performance in Government as hysterical. That is what you must never accept.” – Keith Williams

Stand down so that you can get paid. I mean, your brazenness in demanding that the coalition surrender to your fascist assembly would be comical if kit was not designed to make casualties of so many. You do not qualify as a balanced examiner of the issue in play because your financial aspirations are directly interwoven into reassembling in Guyana, the corrupt ethnic mafia that existed during days of Roger Khan and others.

We will not surrender. We will never surrender. You will of course gain the favor of many because of your cooning political activism. But people like you always have admirers who see your genuflecting and obsequiousness as an endorsement of the stereotype and caricatured images of black people they have in their heads. But people are judged by the company they keep. And when your company happen to be someone who was described as an ideological racist and the most racist leader to emerge in the 21st century, when your company is a leader who was at least criminally negligent in his response to the worse spate of lynching of black men in this part of the world, well…, we and millions of others who can relate to that experience will see you for what you are. A one eyed intellect who gained prominence because much of the population had been made intellectually blind by their 23 year long compulsory social interaction with a national administrative idiocracy.

Go and find inverse proportional separation in your “Red Woman” and “Portuguese Grandparents” idiotic social understanding. I mean most Guyanese come from some mixture, but you will find very few isolating part of that mixture as some enhancing value of their human presence on this earth. Those who do so, despite being able to wend their way through the ritual education system, even achieving some success, belong to that unfortunate class who have never been able to advance from that concrete stage of cognitive development, to that stage where the discipline of abstraction enables one to see the idiocy in such color exhilarations. After all, one can educate a donkey to learn how to respond to the directional pull on the reigns attached to a bridle in its mouth. But it is unlikely that it can grasp the intricacies or circumstances that governs its present condition.

People on these pages need to understand that there is no middle ground in this issue. This is an issue where some of the most racist and Machiavellian forces have assembled together for one and only one purpose. That is to reshape Guyana in this era when the potential revenue from oil has become like dollar signs in their greedy eyes. So do not let them convince you to believe them rather than your “lying eyes”. Your eyes are not lying to you. They cannot lie to you when there is a history you can use to evaluate what you are seeing. If someone comes into your house, abuses your family, steal your possessions and after you drive them out you discover others conniving with them to get back into your house, your eyes cannot be lying to you.

When someone who has legal and ethical responsibility for ensuring that your family members are treated fairly, are not simply invited to sit at the table but are allowed to share equitably from the fare laid out thereupon, and not only ignore that responsibility but laughs in your face and to boot, you would be idiots to trust that person with that responsibility again. And you would be idiots to trust those who connive and consort with them in an effort to once again expose you to their perverted machinations. Yeah, they will attempt to change the subject with arguments that those who replace that Nazi like body had a duty to address what they did. But again, that does not vitiate against the facts and reality of the experience and the agenda to facilitate its repetition.

Bantu Steven Biko the South African Martyr said that, “.. The basic tenet of black consciousness is that the black man must reject all value systems that seek to make him a foreigner in the country of his birth and reduce his basic human dignity….”. That is what is being attempted in Guyana today. It matters not that they have recruited those with whom you might share some characteristics as messengers and deceivers. I mean remember that most of those they were using to kidnap and lynch your sons, your brothers, your fathers between 2002 and 2006 came from your midst. You must not allow yourself to be guilt tripped into accepting the argument that black consciousness is incompatible with social cohesion in Guyana. You do not witness them advancing that argument with regard to any other ethnic consciousness. I mean, if one’s ethnic consciousness allows them engage in the glorification of their relationship with a “Red Woman” or their “Portuguese Grandparents”, their opposition to your expression of black consciousness has to be the greatest example of hypocrisy in this world.

Finally, loving yourself does not mean that you have hate for your country men and women who might come from or identify with other ethno/racial demographics. This has been the Kryptonite used destroy black unity. No other group holds to the tenet that loving themselves, their heritage, their ancestral experience equates to hating or being intolerant of others. Because it works on us it has been fashioned into a cunning and perverted political and social weapon and used to ensure that we become permanently marginalized to the fringes of economic and political power. If that is what you want to leave for your grandchildren, fine. If it is not, then do not be afraid to speak truth to the ethnic idol worshipers sent among you to, like the pied piper of hamlin, lure you down a path to cultural destruction.