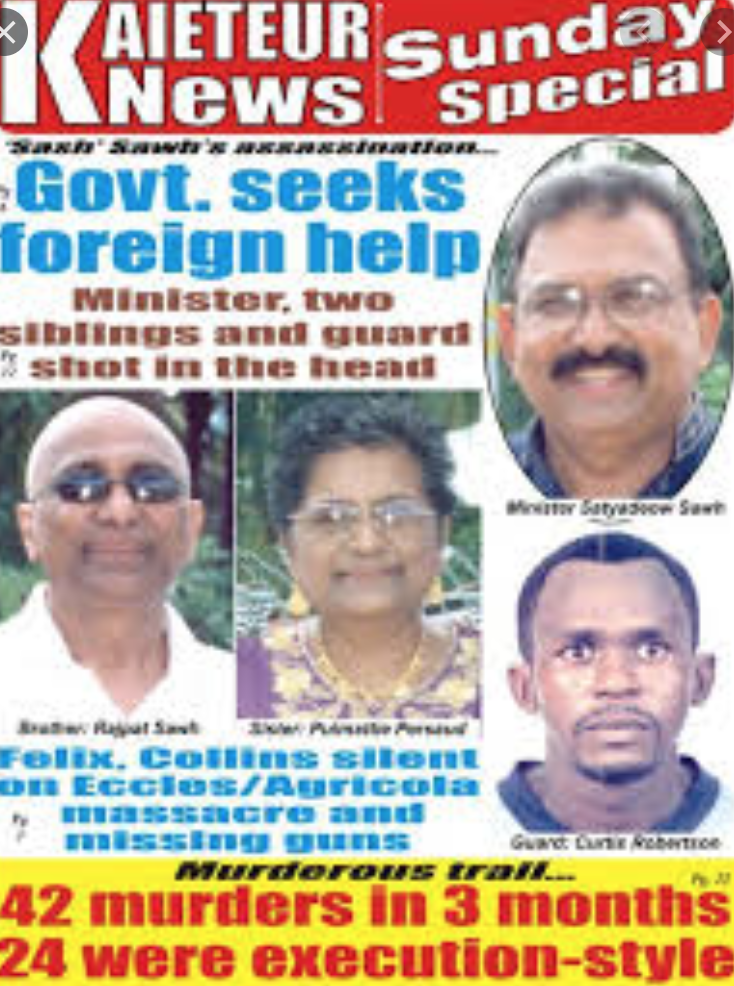 The KN propaganda team should be angry. Some structural changes are happening in the industry and the local newspaper industry is at risk. Demand for the once popular KN has fallen significantly because of the popularity of social media and because they have taken a viciously anti-government position which alienates the majority of their readers, who are Afro-Guyanese.

Another factor affecting KN popularity is that, now that the PPPC are no longer in power, they no longer have murders, vile corruption and human rights violations to adorn the front pages and attract readers, additionally the once daily read and talked about news columns, ‘dem boys seh’ and ‘Freddie Kissoon’s’ daily attack columns have now become boring and dormant. Private sector ads have also fallen significantly, since the sponsors/advertisers are claiming the effects of a sliding economy is affecting business. They now have to hustle to attack the government to keep the biased private sector happy, but this approach hasn’t worked.

Truth be told, without the vicious and drug-related gang murders, without the scandalous and fear igniting headlines and photographs of blood soaked individuals with heads blown off or severed, without the images of cops shot or headlines like “Several dead in alleged drug trafficking war in the vicinity of Nigels supermarket”, or headlines that scream “Seven dead in house next to former home affairs minister Ronald Gadraj”, KN news is not marketable.

Without front page stories screaming, “electricity hike causés revolt in Linden with buildings burnt” or gut wrenching photos of the fatally shot; Without the stories of “Body of Khalamadeen” on front page and head found three weeks later; without the stories of “Garbage piled up in Mahdia, at the airport, at the city markets and across the country; without no stories about “Buildings built under the PPP/C administration that are valued at 25% of the cost of construction” or stories about “Roads built in the hinterland for $72 million that are washed away when the rain falls or when the river rises; without stories about, “Mining catastrophes with rivers polluted and overrun from mismanagement and a poorly monitored labour department, leaving rivers polluted and Indigenous citizens unable to access food…without the PPPC in power to demonstrate ruthless, inept, brutal leadership, KN is just another boring rag.

Today the KN news specialises in attacks against the government but without the same effect because citizens can see the changes. Citizens note that crime is down, that cities are cleaner, that drug dealing and money laundering have come to a standstill and that leaders who abuse their power are punished.

The desperate attacks by KN and the other biased media agencies only highlight their gross incompetence at delivering real news in an interesting way so as to capture the attention of citizens. Ask them all how many (print) papers they are still publishing daily, you would be surprised. Finally, where is Adam Harris? the man who literally built that organisation from the ground.