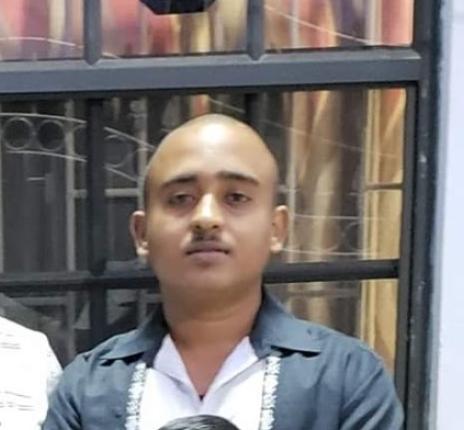 This morning, all the media outlets carried the sad story about the suicide of fmr. AG Anil Nandlall’s driver. Reaz Holladar, whose name rose to prominence in a number of election court cases in recent weeks-early Saturday morning shot himself dead. The word from within is that the young man was forced into underhanded politics when all he wanted to do was earn a living to support his family. Everyone knows that the PPPC does not see fair labour for fair salary as the norm, if you are on team PPPC, you must also be willing to sacrifice yourself, to engage in dirty deeds and to prostrate yourself on the alter of Jagdeo’s ego.

Our hearts go out to the family of Reaz Holladar but his experience is not unique; note that it was Anil’s former driver / bodyguard who some accused of murdering Courtney Crum-Ewing. Additionally, during PPPC’s reign, a PPPC loyalist and former reporter walked in on a Director of a popular government organisation sexually assaulting his school-aged daughter. Prime Minister Sam Hinds allegedly knows about this case. The Director was never removed.

IndoGuyanese, if honest, will tell you stories of how they were yelled at, demeaned, chased and turned away from Irfaan Ally and other horrible public servants like the mother of popular PPPC former minister and many others. PPPC supporters have had to endure alcohol infused tirades from powerful PPPC leaders. Let us not forget ‘slap and strip’ Berry and the numerous members of the cabal that sexually molested children, many of them Indigenous and IndoGuyanese children.

Keep in mind that during the 23yrs of PPPC rule over Guyana, indoguyanese languished in poor schools and remain the largest uneducated group in Guyana. Just follow their social media posts for confirmation.

IndoGuyanese remain the group most affected by alcoholism, sexual assault on children in the home, and suicide. 23 yrs and the PPPC led government did not even care to analyse and address these pervasive issues.