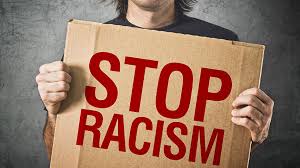 It has become apparent that for many racists in Guyana, defending child molesters, drug dealers, money launders and wife beaters is more ACCEPTABLE AND honourable fare for AfroGuyanese lawyers than defending the constitution of Guyana. Most AfroGuyanese lawyers shy away from stepping up to defend the constitution on issues that might benefit the coalition, and mostly because of the fear of judgement and reprisal from unscrupulous businessmen (potential clients) and fear of personal attacks by the vicious racists in the Bharrat Jagdeo, People’s Progressive Party.

Already there are attempts to impugn the integrity of a Guyanese patriot like Judge Holder, because his fair review of the law allowed him to grant an injunction against the illegal vote counting agreement. Circulating around social media are photos and vicious racist attacks. We say ‘enough is enough’

African Guyanese must find some dignity and push back on these vile behaviours by PPPC supporters. Anil Nandlall, filed more than 12 injunctions and petitions against the government in the past year and nearly all of them were approved (when they were approved) by Indian Judges. Anil Nandlall continues to abuse the courts and Indian judges are helping him and there have been no posting of photos, no attacks on Indian judges, no reprisals, in fact Datadin and other Indian lawyers are lining up to help Anil with his vile litigation strategy.

So while Anil and team abuse the courts, AfroGuyanese lawyers operate in fear. There is clearly a two-tier system of justice in this country, a land where Africans toiled for nearly 200 years before the first indentured labourer arrived. How did we get here? Have we no dignity? How can we absorb such abuse? Is this the future we wish to bequeath to our children?

Let us say no more. BOYCOTT ALL BUSINESSES AND VENDORS WHO ARE PPPC SUPPORTERS UNTIL WE GET THEIR ATTENTION AND UNTIL THEIR LEADERS DECIDE TO SPEAK OUT AGAINST THIS VILE INJUSTICE!!!

SOURCE: A FEW OF ANIL’S COURT ORDERS (Were any of these Indian judges attacked?)

The People’s Progressive Party (PPP) has filed an injunction in the High Court which restrains the Guyana Elections Commission from declaring unverified results of the March 2, 2020

Injunction preventing the Region Four Returning Officer from making a unilateral declaration on the results of the tabulation of the SOPs .

THE People’s Progressive Party/Civic (PPP/C) has secured three injunctions in the High Court to block the release and declaration of the results for the March 2, 2020 General and Regional Elections.
The injunction was filed by former Attorney General Anil Nandlall on behalf of a private citizen, Reeaz Holladar,

In the Court documents filed, which were seen by Citizens’ Report, Nandlall, a PPP/C Member of Parliament (MP), is on behalf of his client Bibi Zeenatoun, is seeking from the Court,

“A declaration that the proposed House to House Registration exercise to be embarked upon by the Respondents in or about June 2019, shall be unconstitutional, ultra vires, illegal, null, void and of no effect.

Attorney-at-Law, Anil Nandlall wants the High Court to order the imprisonment of Attorney General and Minister of Legal Affairs, Basil Williams for failing to comply with Chief Justice, Roxane George-Wiltshire’s order that he must activate the Judicial Review Act.

An injunction has been filed by Attorney Christopher Ram to stop the ongoing House to House registration exercise.
Ram is represented by Opposition Member and former Attorney General, Anil Nandlall and Senior Counsel Hari Narayan Ramkarran.

The People’s Progressive Party/Civic (PPP/C) has requested a recount of a number of boxes in all ten administrative regions, citing as its reasons cases where polling agents were allegedly intimidated and forced to flee from their respective locations.
May 13, 2015