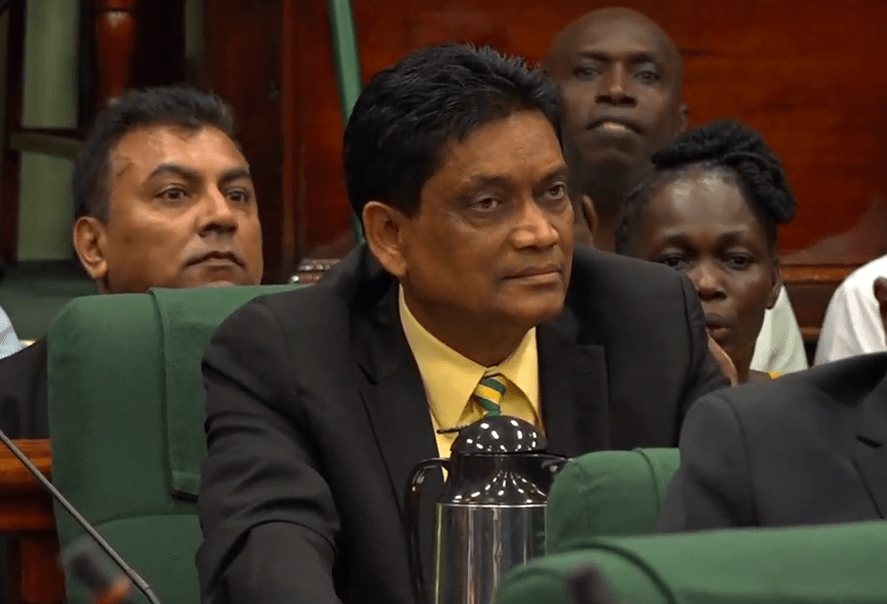 With tense looking PPPC surrogates Gerry Goveia and Peter Ramsaroop looking expectantly over his shoulder, AFC MP Charandass Persaud betrayed his party, his coalition, his government and his people.

Speaking with the media later, Charandass gave three reasons for his betrayal;

1) Hamilton Green, a former African Prime Minister had his pension reinstated after 25 years.
2) “Indian sugar workers were sent home”, he said, but he failed to even recognize that they all received their full benefits. Bauxite workers sent home under the PPPC government did not receive their benefits.
3) “Volda Lawrences’s utterances were disturbing”, he said. This while Jagdeo, with whom he sided, presided over the most deadly, racist, corrupt government in the history of Guyana.

Not one of Charandass’s reasons had to do with the performance of the APNU-AFC coalition. Nothing to do with roads, lights, water, crime in Berbice and all to do with disgusting racism. Jagdeo knew of his defection for two weeks and it is clear that Charandass was paid by Bharrat Jagdeo and the PPPC to change his vote. He had a flight waiting and has already left the country, not the actions of a man with a clear conscience.

But the news is not all bad, the coalition now has a chance to regroup and win convincingly whenever election is called. The APNU-AFC coalition must make the case that with Roger Khan returning in 2019, the people must decide if they want a return to drug trafficking, money laundering, racism and daily bloodshed in the streets.

1 thought on “Charandass’s reasons for betrayal all racial”