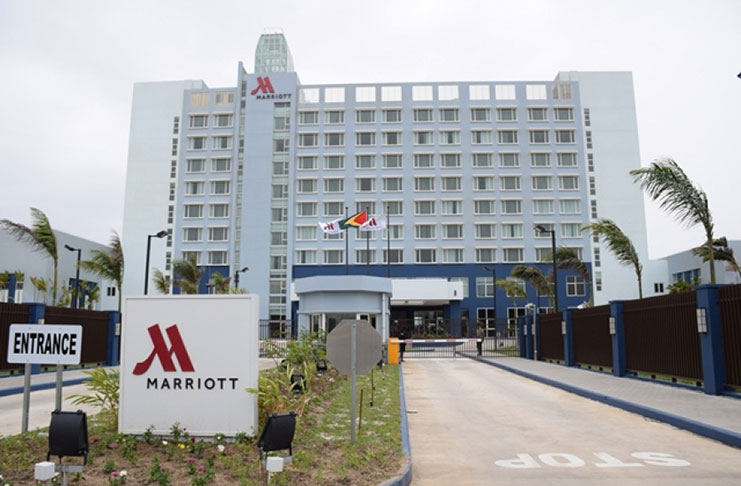 Georgetown, Guyana – Dr Jagdeo, Opposition Leader of the People’s Progressive Party in Guyana, continues to attempt to undermine consumer confidence in Guyana’s economy and the Coalition’s leadership by his daily negative outpourings about oil.  However, his daily spew of bile is in direct contradiction to his own optimism about an oil find, evidenced by his decision to use taxpayer’s dollars to fund the Marriott Hotel more than four years before oil was found in Guyana.

The proof can be found in the feasibility study, commissioned by then President Bharrat Jagdeo, Winston Brassington and Finance Minister Ashni Singh. The report included in its projections for the success of the Marriott Hotel, that “we have assumed” that a portion of the nation’s economic development initiatives are realized.  …Specifically this would mean that included in the factors that would make the Marriott feasible for the country is the need for Guyana to find oil.”

The report says, “These include but are not limited to the cultivation of a portion of Guyana’s crude oil.”

So while Jagdeo is negative today, he was optimistic enough back in 2012 to risk and commit Guyanese citizens to millions of USD in what would have been then an expensive “pie in the sky” gamble, which still hasn’t paid off for Guyanese taxpayers.  It is important to note, that his deceit, and willingness to burden taxpayers were evidenced as far back as 2010, when he made ambiguous public pronouncement that, “Govt. may or may not put money into Marriott…”  KN July 2010

While we at Guyanapolitics2020.com acknowledge the opposition’s right to scrutinize, we believe that People’s Progressive Party Opposition leader Bharrat Jagdeo is simply attempting to undermine confidence in the government and cause anxiety among the citizens of Guyana.  We encourage Dr Jagdeo to spend his time on more positive efforts to advance the development of Guyana.