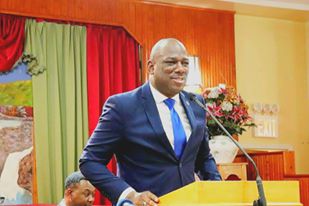 Chairman of the Guyana Elections Commission (GECOM), Retired Justice Claudette Singh, has misled the Guyanese people. Before the recount, she argued in court that GECOM has powers, under Article 162 (1)(b) of the Guyana Constitution and Section 22 Of the Elections Law (Amendment) Act, to make any decision necessary to guarantee that elections comply with the law and that they are fair and impartial.

The substantive order also required a verification of votes cast with ballots used, ballots cross-checked with names of eligible voters ticked off as voted, spoilt and rejected ballots, oaths of identity and certificate of employment and ballot counterfoils, etc. This was to ensure the credibility of the elections and that fraud was not committed. In Order 15 of 2020, Justice Singh promulgated the reason for the recount as “assuaging the contesting parties and determining a final credible count.”

The recount mandate was expressly devised to verify and correct the Region 4 elections results, which PPP’s challenge without an elections petition. At the time the recount was being conceptualized, Justice Singh was apprised of widespread PPP fraud throughout the country. Therefore, with the insistence of AFNU+AFC GECOM Commissioners, the GECOM remit required a nationwide recount.

The recount has now been completed. The results, including fraudulent ballots, show the PPP in the lead with 15,000 votes. However, Chief Elections Officer (CEO), Mr. Keith Lowenfield, has presented a detailed report demonstrating that the PPP votes include over 32,000 fraudulent and invalid ballots. The report also states that in over 400 ballot boxes, the statutory document needed to validate votes are missing. This affects over 100,000 ballots. There is, therefore, no indication how those ballots got into the ballot boxes.

The recount unearthed massive PPP election fraud, committed through voter impersonation. The Police and the Registrar General’s Office have confirmed that thousands of PPP ballots were unlawfully cast in the names of dead people and people who live abroad.

Thousands of persons also voted with no identification. Ballots that were cast in APNU+AFC support areas were not stamped by Presiding Officers (PO), in violation of the law. To cover up these elections crimes, the perpetrators; GECOM staff who are PPP supporters, destroyed all of the statutory documents.

The CEO reports state that “In respect of the allegations of voter impersonation, responses from the Chief Immigration Officer and review of the General Registrar’s Office Deceased Reports confirmed that these were “of substance….”

The CEO also attested that to the Commission that “The summation of anomalies and instances of voter impersonation identified does not appear to satisfy the criteria of impartiality, fairness, and compliance with provisions of the Constitution and the ROPA Cap 1:03. Consequently, on the basis of the votes counted and the information furnished from the recount, it cannot be ascertained that the results meet the standard of fair and credible elections.”

When she received the CEO’s report, Justice Singh did a Texas two-step, back flick, double summersault, flip-flop. She retreated from the original mandates in the recount. Siding with the PPP, she requested the CEO to ignore the fraud and produce a final elections report that includes the PPP’s fraudulent ballots as valid votes. She falsely claimed that determination of the “final credible count,” mandated in the order, was the jurisdiction of the court and not GECOM’s.

This a stunning retreat from the Orders she signed is a capitulation to the PPP. It demonstrates a lack of integrity and a lack of consistency with the law made pursuant to the GECOM order. The notion that GECOM was only intended to count ballots and not determine the validity of the election is not only unconstitutional, but means that the entire recount process along with its consequent audits would have been an incredible waste of time and resources.

Evidently, Justice Singh is afraid to call a spade a spade – namely that PPP cannot be declared the winner of the Guyana election while committing blatant fraud of massive proportions with its voter impersonation schemes throughout Guyana.