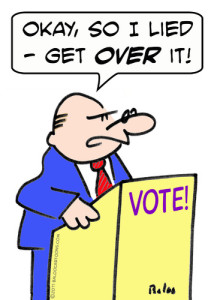 Georgetown, Guyana – The people of Guyana often only read headlines and do not have the time to determine whether politicians lie to them routinely.  Recently, the People’s Progressive Party Civic raised in parliament that the coalition was spending excessively on travel.  The evidence offered seemed reasonable, until the facts belatedly surfaced.

Revelation by Minister of Finance Winston Jordan: PPPC spent over $1.1BILLION on overseas travel from 2012 to 2014.

In the three years of the Coalition Government, spent some $300 MILLION LESS was spent on overseas travel. And note that this was a time when we were facing heightened aggression from Venezuela and overseas visits became necessary as a result to represent Guyana’s interest at the UN etc.